History will be written in Jinja, when The First African Ice Swimming Championship is staged, an event that officials of Jinja Municipal Council have said will be like bringing winter to the equator. Jinja residents have been inspired to undertake this from the city of Skellefteå in Northern Sweden, where, for the last two years both The Swedish and Scandinavian championship in winter swimming were held.

The water temperature in the swimming pool will be lowered to about 10 ° C, a rare phenomenon at the equator, for the championship to take place. Both individual races and relays are on the program. To successfully implement this spectacular event a swimming pool will be filled with 50 tons of ice that will come from the local fishing industry. 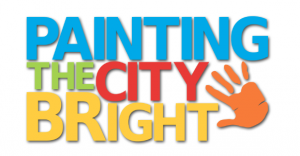 Thousands of people will paint some 60 houses on Main Street in cheerful colors. Here, men and women, boys and girls will go out on the street and grabs brushes to brighten their city.

In conjunction with painting day will be even a carnival on Main Street with lots of musicians, dancers and other types of artists. Even Swedish musicians are involved, including Governor Andy pulling the strings for the reggae part of the carnival, which will be world class.

The program begins with a relay from Jinja to Northern Sweden, where glass bottles shaped like Uganda’s delicious Nile Perch fish and like hippos, will be filled with water from the source of the Nile and then carried, on and adjacent to the Nile, over the Mediterranean and Europe, ending up in Skellefteå in Northen Sweden.

During the trip, there will be a variety of cultural events with music and dance from Jinja. By 2014, the glass bottles are expected to have reached Northern Sweden and will be given to Mayors of various municipalities.

This will be a great opportunity to sell Jinja’s potential because its at that time that the city of Umeå in Västerbotten county in Sweden would have taken over as the European Capital of Culture.